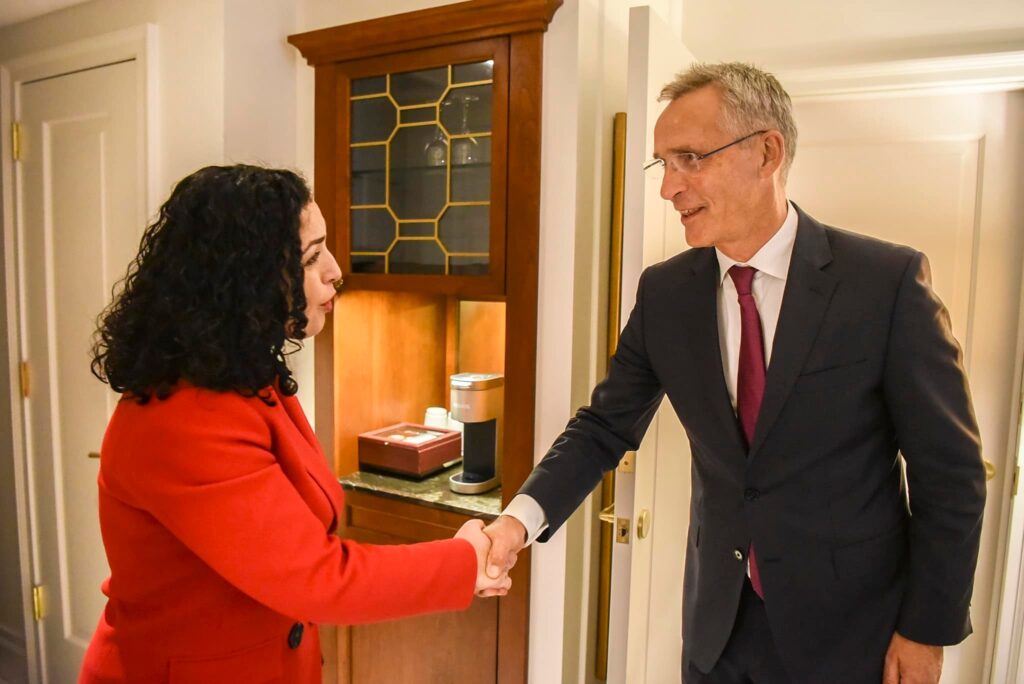 Osmani: The strategic objective of Kosovo is joining NATO

The President of Kosovo, Vjosa Osmani, has told the head of NATO, Jens Stoltenberg, that NATO membership is a strategic goal of Kosovo.

According to her, membership in NATO and the European Union contributes to increasing security and stability in the Balkans.

However, Osmani has said that NATO membership must be preceded by Kosovo’s inclusion in the alliance’s program, the Partnership for Peace.

She made these statements after the meeting with Stoltenberg in New York, in which the Foreign Minister of Kosovo, Donika Gërvalla-Schwarz, was also present.

The United States has supported Kosovo’s membership in this program, although they have recalled that such a decision requires the agreement of the 30 member countries of the Alliance.

Out of 30 NATO member countries, 26 of them have recognized Kosovo as an independent state, while four (Greece, Romania, Slovakia and Spain) have not yet.

The Government of Kosovo has said that it has already formed a working group for membership in the Partnership for Peace.

The Partnership for Peace is a NATO program aimed at building trust between NATO member states and other states in Europe.

NATO is present in Kosovo through its KFOR mission.

On Wednesday, NATO sent some reserve troops of the KFOR mission for training in Kosovo.

The KFOR regional commander, Colonel Christopher Samulski, has said that they are part of “normal planning”.

On September 20, NATO said that it is ready to increase the number of troops in Kosovo, if there is an increase in tensions among the Serbian minority, related to the decision of the Government of Kosovo to register cars with license plates RKS – Republic of Kosovo .

“We are alert and ready to act… if we have an increase in tensions, we can also increase the number of reserve forces… we can make this decision in a short time”, said the deputy commander of the NATO mission in Kosovo (KFOR), Luca Piperni.

According to him, the situation, currently, is calm, but fragile, therefore NATO does not rule out the possibility of new tensions or violence, when the deadline for re-registration of cars expires on October 31.