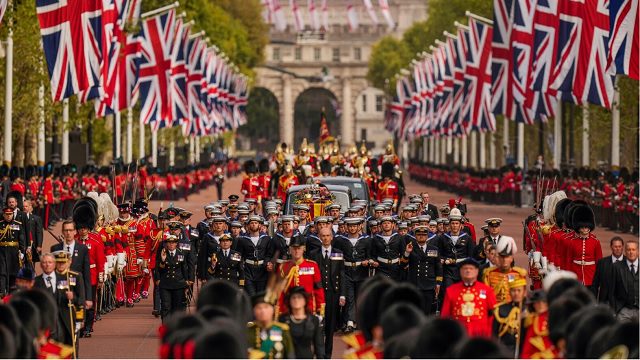 Great Britain and the world on Monday saw off Queen Elizabeth II.

Her funeral gathered in London presidents, kings, princes and prime ministers from around the world, as well as around a million people who came to say their final farewell to the monarch who reigned for 70 years, which will go down in history as the era of the Queen Elizabeth II.

The initial funeral ceremony for Queen Elizabeth II was held at London’s Westminster Abbey. In this Church she was married and proclaimed queen.

The Archbishop of Canterbury, Justin Welby, in his sermon, used the phrase “we shall meet again”, which the Queen used in a rare address to the nation, after the outbreak of the coronavirus pandemic.

“The pain of this day – felt not only by the Queen’s family, but also by the whole nation, and other countries in the world – arises from her abundant life and service”, said Archbishop Welby.

The ceremony was followed by church music and the reading of passages from the Bible. It ended with two minutes of silence.

A more private service will be held at Windsor Castle, attended by 800 people.

Queen Elizabeth II will be buried in a private ceremony at St George’s Shrine next to her late husband Prince Philip.

On Sunday evening, King Charles III released a message of thanks to the citizens of the United Kingdom and around the world. The king said he and his wife, Camilla, were “overwhelmed” by the huge number of people who turned out to pay their respects to the Queen.