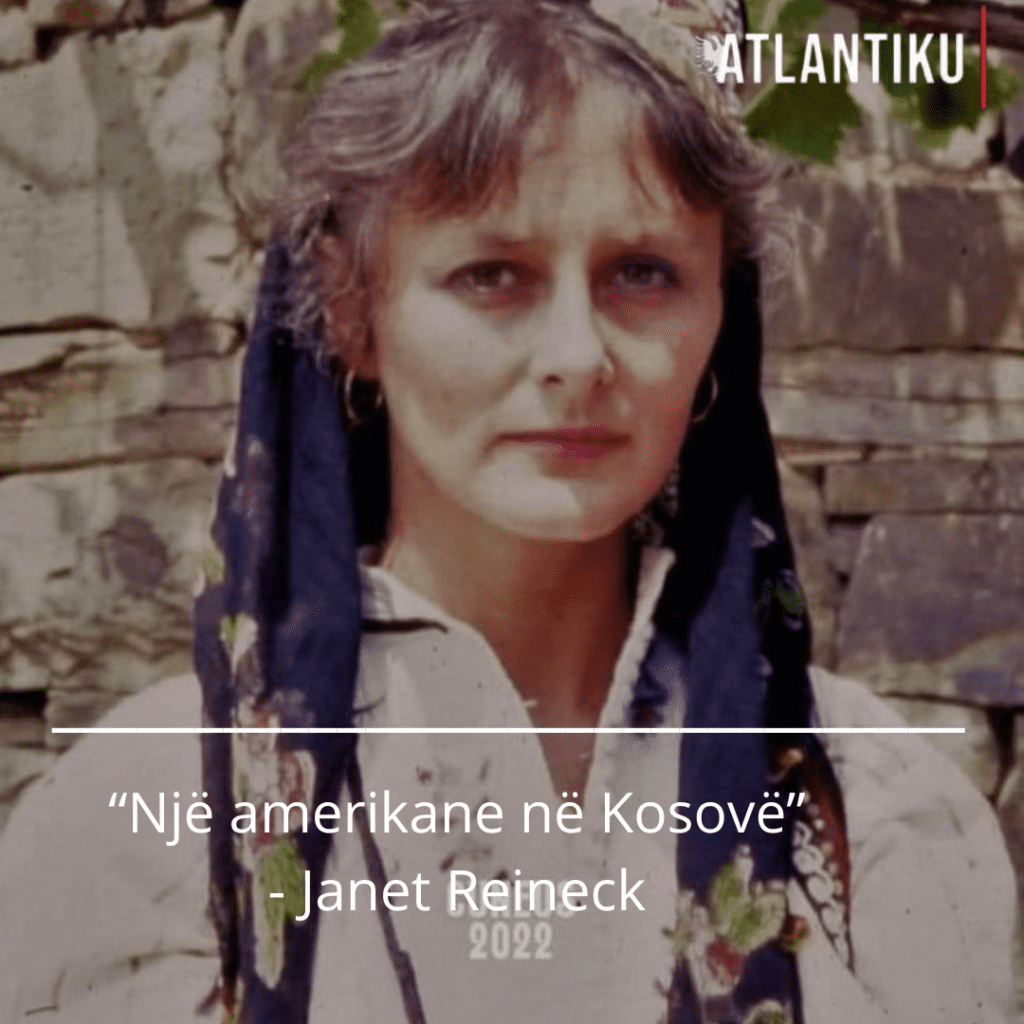 “An American in Kosovo”, the book by Janet Reineck who stayed eight years in Kosovo

She had spent her first days in Kosovo at a wedding in Viti. Janet Reineck learned how to dance the Albanian dance, from the ensemble from Zhuri.

The conversations with the women and the introduction to the Albanian culture influenced the ethnology researcher at that time not to retreat from Kosovo.

“But there was no doubt: Kosovo had a strong grip on me. And, there was no going back” were Reineck’s impressions, which best described her determination to continue her engagement in Kosovo.

Thus, for eight years in a row, at that time, the American student had stayed among the Kosovars, since the 80s. In fact, her entire experience from 1981-1998 is summarized in a book called “An American in Kosovo”. This book is a collection of all the experiences of Reineck, who started her journey in Kosovo as a researcher, while she ended it as an activist working in elementary schools.

“The whole of Kosovo is as big as Hawaii, or Jamaica, or a big farm in Texas. But, as a relatively small country, it is a country of great complexity and many changes in historical, social and cultural themes. In Kosovo, there are sixteen ethnographic regions, each with its own dialect, traditional costume and its own version of customary Albanian behavior,” she says while describing Kosovo.

The book she wrote is free and serves all those who want to know more about the culture in Kosovo.

Janet Reineck, after two decades, returned to Kosovo a week ago for a visit. Although she has recently left for America, for Atlantiku, Reineck says that his soul is in Kosovo.

“The country has progressed a lot. The transition Kosovo has gone through is indescribable,” she says.

For Atlantiku, anthropology shows that she has tried many of the traditions in the country.

“When I came in the 80s, I came to a wedding in Viti, I stayed with girls, I stayed with them for a week, they showed me, the language and the dance and everything. I wore the dimija, I entered right into their lives, I also wore pants, I sat cross-legged, I behaved like a man. The reception was very good, as someone who respects their company,” she says.

But what distinguishes Kosovars from other western countries?

“The family feeling is very good, the community, they are connected to each other. You have support from many people, very different from the United States of America. The beauty of Kosovo, the places are very beautiful.”

Janet also writes in her book about the relationship of Albanians with America, accompanied by photographs that illustrate something like this.

Meanwhile, the US has also met important figures during its stay in Kosovo, including former president Ibrahim Rugova.

Janet Reineck is an anthropologist and humanitarian aid worker from Santa Barbara, California. She lived in Kosovo for eight years, between 1981 and 1997, and learned all she could about Albanian culture and then used this knowledge to help improve conditions in village schools and build civil society in rural communities.