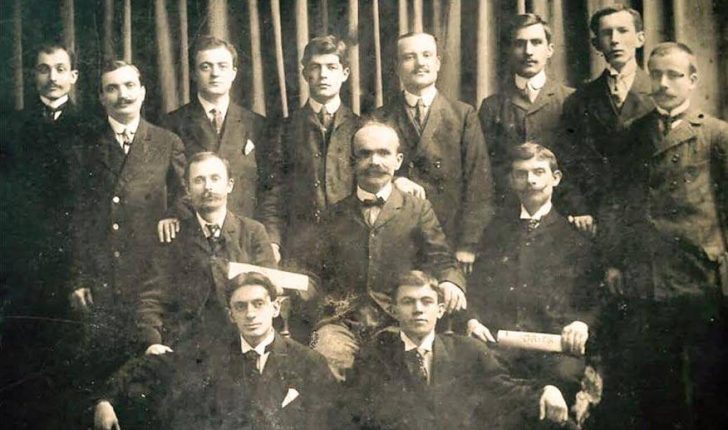 “Malli i Memedheut”, The First Albanian Association In US Founded In 1906

The society “Malli i Memedheut” (Motherland Craving) was the first Albanian association created in the USA. This society which became an example for many other Albanians in the Diaspora was founded on January 1, 1906 at the home of Thanas Viso Mborje in Buffalo New York.

The society also created its status which became an example for Albanians in other cities in the US. All participants in this society were workers where the patriotic spirit ruled. Those who had graduated from the Albanian school and had a certain culture became their spiritual leaders.

But how did the idea for the creation of the first Albanian society in the US come about?

Here is how Thanas Viso Mborja himself recalls this day: “One day I told a friend that we who had been to Romania and had seen how patriotic societies were organized there, could not stand idly by, but we had to take the initiative for the creation of such societies in America. For this it was good to be invited from the town of Jamestown. There were about 80 Albanians and patriots Petro Nini Luarasi and Mina Grameno in order to help us. My friend liked my opinion and so we had no choice but to put it into practice. On January 1, 1906, patriots gathered at my inn to decide on the issue of founding the society”.

Costandin A. Demo in his book for one of these leaders writes: “Petro Nini Luarasi was” The Paul Revere “of Albanians after coming to any place where there were Albanians and preaching patriotism. It was a two-legged bookstore, with pockets full of pamphlets, magazines and newspapers. He paved the way for the national movement for those who came after him. The “Motherland Commodity” company also created a library with books in Albanian, English and Greek, languages ​​that were more or less known to the Albanian workers of Buffalo. The first book fund was donated by Thanas Viso Mborja who, when he left Romania, received two chests of books in the Albanian language from the Albanian society of Bucharest. These books were written by the patriots of the Renaissance and printed in the typography of the “Dituria” society of Bucharest. The members of the society paid as quotas half dollar a month. They were associated with American workers and intellectuals. One of them, Mr. “Moss, in the” Morning Post “newspaper, greatly popularized the struggle of the Albanian people and their demands”.